Back to Application Notes

Derating LEDs: Understanding Forward
Current vs. Ambient Temperature
Figures 1 and 2 show an example in which the current is derated to take temperature into account. Toshiba technical data for an LED lamp usually shows the permissible current values against temperature. Please refer to this information when planning a new design.

The following example describes how to derate for temperature when designing: 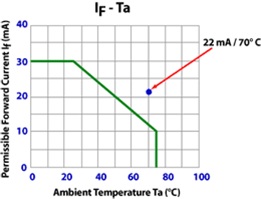 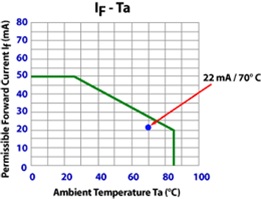